You are here:
Who We Are

Eunice Brownlee has spent her career finding the balance between her left and right brains.  She is a passionate writer and writes regularly about mental health, trauma, and abuse. She’s also a solo mother, striving to raise a daughter who is strong and outspoken. Eunice has been published in The Kindred Voice, Motherscope and Spoken Black Girl. Eunice’s current project is a book about the trauma of navigating the justice system as a victim of a crime. She comes to STEM Generation with a background in marketing and look When she’s not doing any of the above, she can be found seeking her next passport stamp and drinking wine.

Eunice’s passion for STEM first began at the age of 12, when she helped her dad conduct stand exams for the U.S. Forest Service (think a census of trees!). From there, she grew an extreme passion for biology, then physics. Initially setting off to school to get a degree in bio-physics, the thing that held her back was a D in calculus the first semester in college. If only she had someone to tell her that she would be fine and to keep pressing forward. Passionate about helping young women of color envision themselves in roles that have traditionally excluded them, Eunice has been working with STEM Generation for the past three years. She is honored to continue to serve this organization on the board. 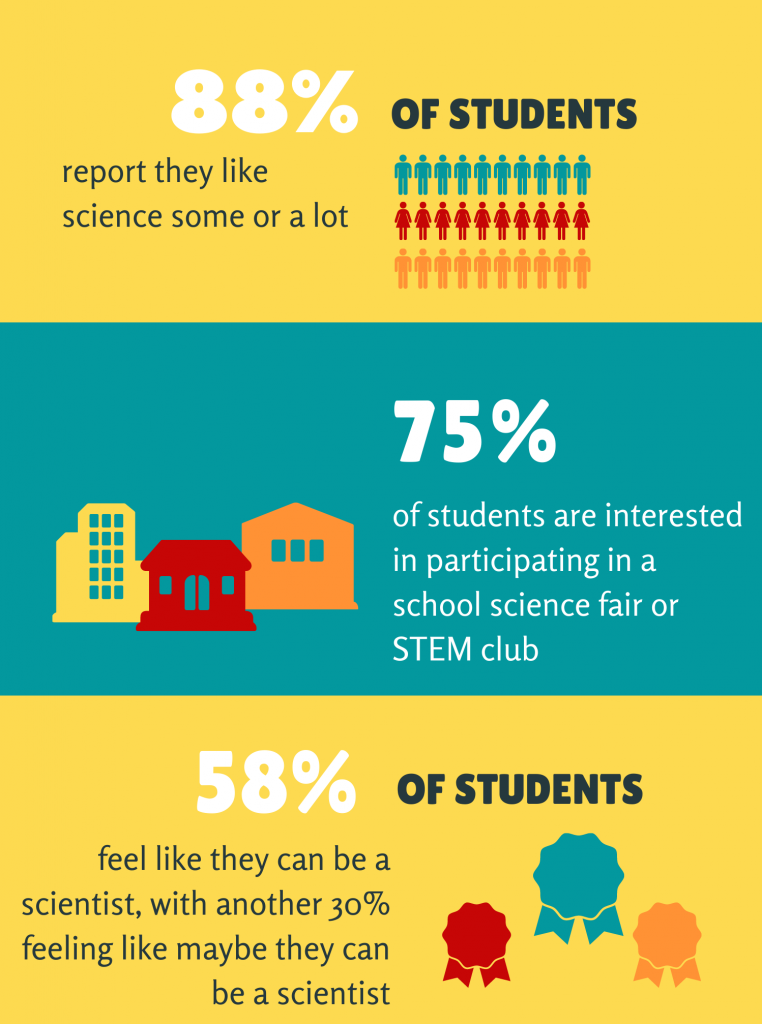 Get the latest Science & Engineering Fair news through our quarterly newsletter. Sign up now!